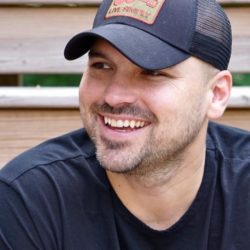 Jon Nite is a singer-songwriter from Amarillo, Texas, who moved to Nashville, TN at the age of 18 to write songs. Jon’s songs have become platinum selling number one hits for some of music’s most celebrated artists.

In 2015, Jon received a CMA Triple Play award for three number one singles in a one year span.

Songs include the three week number one (Billboard Hot Country Chart) and CMA Vocal Event Winner, “We Were Us” by Keith Urban and Miranda Lambert; Platinum number one “Whatever She’s Got” by David Nail; The summer anthem and platinum number one, “Beachin’” by Jake Owen; Career breaking number one hit, “Smoke” for A Thousand Horses; Critically acclaimed hits “Tip it on Back” by Dierks Bentley and “Glass” by Thompson Square have been widely noted for their lyrical strength. Jon has a handful of International number ones including the two week number one “Wasting Gas” by Canadian Dallas Smith.

Iconic artist Tim McGraw has recorded one of Jon’s songs on each of his last three records, “Book of John”, “Still on the Line”, and current hit radio single, “Top of the World”. Entertainer of the year, Luke Bryan, has recently released the Nite co-written sultry throwback single “Strip it Down”. The song marks a new direction and tone for a superstar finding the next chapter in a historic career.

New artists such as Chase Rice, Brett Eldredge, Frankie Ballard, Maddie and Tae, and many others have worked heavily one on one with Jon in the process of finding the songs which help start their careers.

Current radio hit “Gonna Wanna Tonight” by Chase Rice is one of a handful on Chase’s Gold debut.

Brett Eldredge has recorded multiple Nite songs for the first two records including “Tell Me Where To Park,” “Fire”, and “If You Were My Girl.”

Singles on new artists such as “Party Like You” by Cadillac Three, “Trouble” by Gloriana, and numerous others have helped craft the sound of the next generation of country artists.

Debut single “Bad for You” is currently climbing the chart for new artist Waterloo Revival.

As a singer, Nite’s vocals have been featured on Grammy and Dove nominated projects.