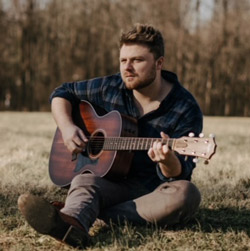 Bear Redell is a singer/songwriter from Solvang, CA. As a teenager, Redell won the 2011 Santa Barbara Teen Star competition as an 8th grader with his rendition of Train’s “Drops of Jupiter.” Throughout High School, he performed at weddings, bars, restaurants, and wineries. Redell attended UCLA where he was a walk-on football player for the Bruins. He graduated in 2019 and moved to Nashville, TN in 2020. During the COVID-19 pandemic, Redell honed his craft by writing songs with fellow quarantined writers in town. He released his single “Church & Cash” in November of 2020 and a following music video in July of 2021. His new single “Ex Box” was released in April of 2022.